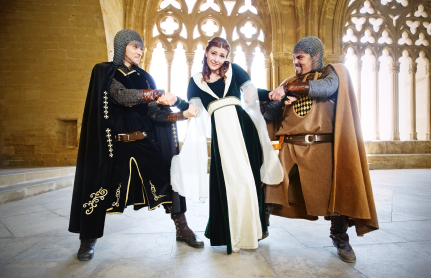 Acting without emotion is simply walking through the scene – saying your lines, moving to-and-fro on stage. In order to deliver an award-winning performance, you have to be able to understand the feelings of the character you’re playing, then emote them on stage. This takes a lot of work. Not only do you have to dissect your character to find out what drives him, you have to understand what he’s feeling, how he physically responds to those feelings and why he’s being driven to do what he’s doing. Only after you completely understand your character can you begin to feel what he’s feeling. And, when you can actually feel the emotions, you’ll be able to authentically display them on stage.

So, how do you learn to harness these emotion? You’ll first want to do a thorough reading of the script from your character’s point of view.

As you do this, ask yourself the following questions: Remember that your character’s drives and desires will change throughout the script, and may even change several times during a single scene. You need to ask yourself these questions at every point so that you’re not showing an emotion that isn’t true to your character’s role. Once you fully understand your character, then you must learn to feel his emotions. Unfortunately this is easier said than done. In the real world, we’re not always sure about why we do certain things, or what our feelings really mean. And, the way we express our emotions is even more complicated. One person may scream when she feels angry, while another may withdraw completely. You may even need to rehearse scenes several ways before deciding exactly which display of emotion is most true to your character’s personality. To start getting a grasp of the full spectrum of emotions actors must play, consider the following emotions and practice several possible displays of each emotion. This type of practice will make it easier to “find” your character’s emotion when faced with a challenging script or scene. Many of these emotions seem very similar, and they may reflect different stages in the same spectrum of feeling, but how you portray them may be very different. For instance, someone who is embarrassed may act very different than someone who feels humiliated or ashamed. This is where practice and trial-and-error come into play. No one is a complete acting natural, so don’t worry if harnessing emotions is hard at first. This is normal!