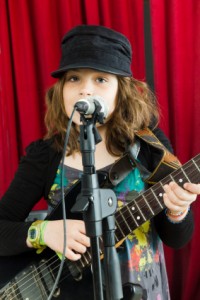 A five minute scene requires a minimum of four hours of rehearsal time. Therefore, it is suggested that an hour a day over a period of 1 week is far better than two or four hours in one day. The time between each hour of rehearsal will let both the actor’s imagination and skills sink in. If you start each session of the rehearsal period with warm ups, you will be better prepared to act.

The lines for a play or a song should be learned by the fourth rehearsal so that the actor or a singer can put down the scripts. During rehearslas, it is critical to run through the scene fully, as if you are performing in front of an audience.

The suggested run through in the fifth rehearsal is critical. This allows the actor to see and hear what has been accomplished thus far and where to go next. Try to concentrate during the run trhough, and play the scene fully, as if you were playing it before an audience. Do not hesitate to find new compositions, new ideas, or new movements.